I am someone who loves to finish other people’s sentences off for them. I get the wavelength they are on and jump in to kindly help complete their words (just in case they were going to forget!). I don’t do this all the time – that would be annoying. But if I’m getting into a conversation, I sometimes just can’t help myself and the words coming rushing out. That’s all well and good except that sometimes I get it wrong. Then we encounter that awkward moment when they correct me and proceed with what they were actually going to say – something I hadn’t expected at all.

I probably don’t love those moments but at least they add variety. So much of what people say is predictable once you know them that it can be interesting when they say something different. And unexpected words can sometimes add so much spice to life. Such as when someone gives you unexpected praise or reveals an unexpected insight into what makes you tick. On the other hand, unexpected criticism or complaints are not so welcome and we often wish those words had gone unsaid.

Unexpected words can also be fun! There is actually a special term for a figure of speech in which the latter part of a sentence or phrase is unexpected or surprising. It is called a ‘paraprosdokian’ – now isn’t that an unexpectedly odd word!

A friend introduced me to these gems just recently, and it was an unexpected pleasure. Listed below are a few of my favourites, courtesy of Paraprosdokians  and Louise Myers Visual Social Media

Do you like a play on words, or on a stage? If it’s the former, then paraprosdokians could be just your thing. Please let me know if you have a favourite. 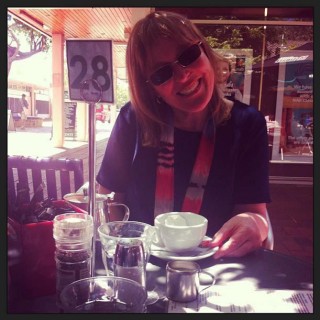